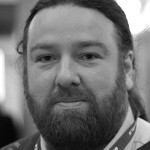 Gavin Henrick is a consultant based in Dublin who works with assisting organisations to implement a range of open source learning technologies including Moodle and Mahara. He recently set up an e-learning consultancy company Learning Technology Services (www.lts.ie).

Gavin has worked with technology in business, learning and development for over 10 years and has been working with Moodle, Mahara and other open-source applications for the last four years.

Gavin is an active member of the Moodle community and is a regular speaker at a number of Moodlemoots and conferences on the use of Moodle focusing on practical examples of usage. Gavin recently organised the Ireland & UK Moodlemoot 2012 and 2013 in Dublin, and is planning the follow up for Spring 2014.

He has co-authored the book Moodle 2.0 for Business Beginner’s Guide with Jason Cole and Jeanne Cole. This was published by Packt Publishing in May 2011.

Gavin uses the Twitter handle @ghenrick and maintains a blog at http://www.somerandomthoughts.com 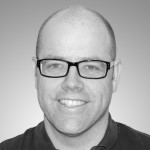 Michael de Raadt is Development Manager at Moodle HQ where he manages developers in Australia and around the world working on Moodle. He is also responsible for overseeing the Moodle Tracker, disseminating release and security information and organizing developer events.

Michael maintains a number of contributed add-ons for Moodle. He is the author of the book Moodle 1.9 Top Extensions Cookbook published by Packt Publishing in November 2010.

In his off time, Michael loves spending his time with his family and he enjoys swimming, jogging and theology.

Michael uses the Twitter handle @Salvetore and maintains a blog at http://salvetore.wordpress.com